OGC Nice are delighted to announce that Jean-Clair Todibo has extended his contract at the club until 2027.

In February 2021, when he spoke as an Aiglon for the first time, he immediately looked towards his long-term future at Nice, despite only being on loan from Barça for a few months: “I can see myself here next season and even the season after that.” As he today extends his contract until 2027, JC’s words resonate in a special way, echoing a mutual trust, an already wonderful shared history and an ambitious future.

Having come to Nice to get game time, the 22-year-old centre-back has established himself with talent and personality, as his consistent and incredibly accomplished performances have earnt him a vital role in keeping the balance within the team, within the changing room and, more widely, within a club that has placed high hopes in him.

“I said that I had come here for the long haul, and I wasn’t wrong,” highlights Todibo. “The club’s project was already a very ambitious one when I arrived, and you get the feeling that they’re looking to go even further. That reassures me in my position. I’m enjoying myself a lot, and I’m here to grow.”

Since joining in the winter of 2021, the former Les Lilas youth player has already made 77 appearances (scoring two goals), 40 of which came during the 2021-22 campaign, which the club ended as the joint-best defence in Ligue 1.

These performances have made him one of the most popular Rouge et Noir players. “With the fans, it’s all happened naturally,” he believes. “At the start, with COVID, it was difficult. We were playing behind closed doors, but there was already some attachment there. As soon as the fans were able to come back into the stands and cheer the team on again, that attachment grew even more. That’s why I play football. I came here for something, and I’m doing my best to make this story as great as it can be.” As for his contract extension, Todibo said, “I’m very happy and very proud. I feel at home here.” 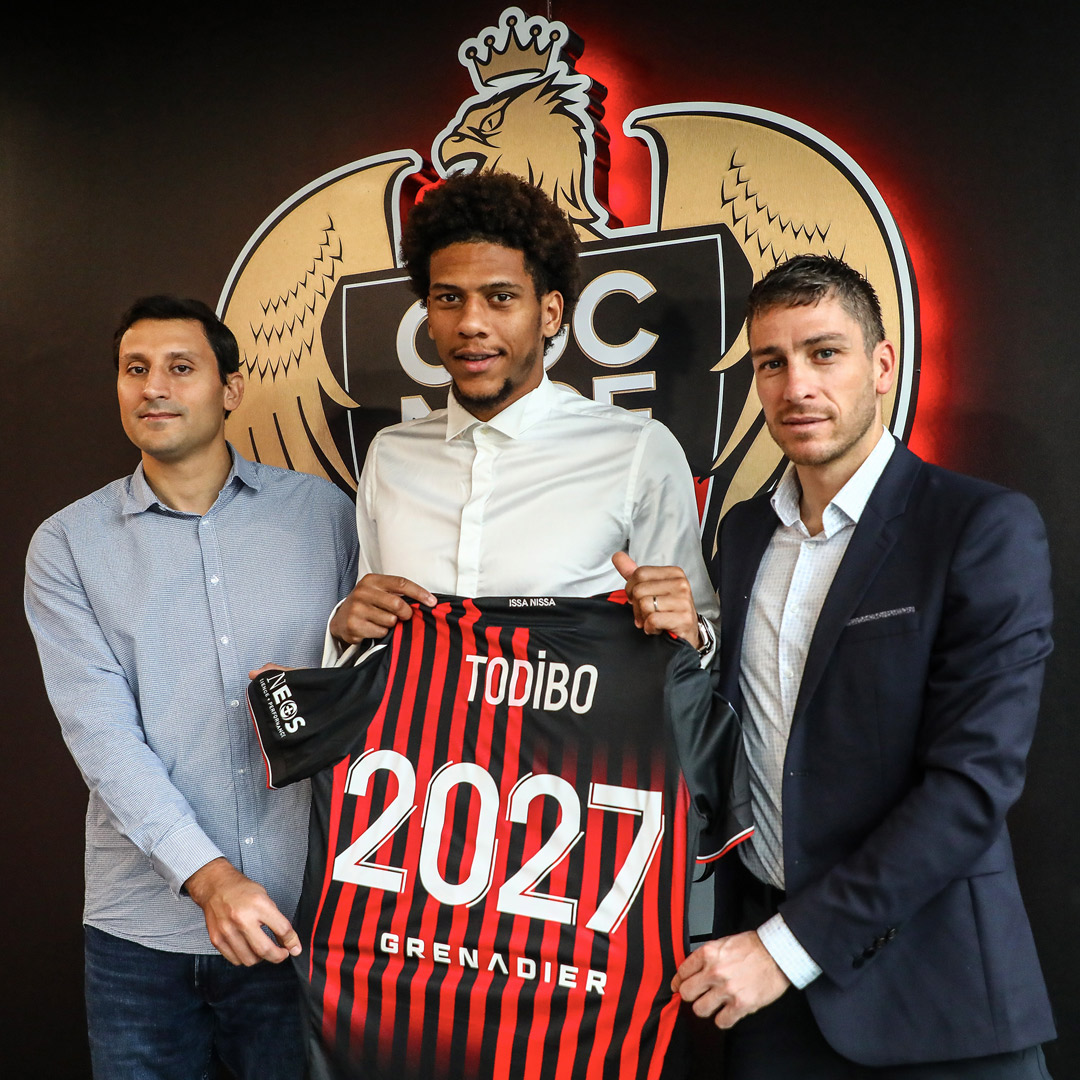 It would be fair to say that all parties involved are satisfied. “Jean-Clair matches the identity that we want in our project in terms of footballing attributes and mindset,” explained Florent Ghisolfi.

“He’s performing very well, and he still has an enormous amount of potential to realise. Investing in his long-term future at OGC Nice shows the stability that we want to establish with this type of player,” Les Aiglons’ sporting director added.

“We’re delighted with this contract extension. It sends out a strong signal,” commented Fabrice Bocquet.

For Le Gym’s CEO, “it also shows the faith that OGC Nice are placing in him. We’re looking forward to seeing him continue to grow and to progress at the club.”