Schmeichel 'Man of the Match' against Les Bleus

Kasper Schmeichel started in goal for Denmark on Sunday in Copenhagen for his side's victory over France in the Nations League (2-0).

The Danish captain kept a clean sheet against the French attack, led by a trio of Giroud-Mbappé-Griezmann, as he made his 86th appearance for his country. With several decisive stops, the goalkeeper was named Man of the Match by the supporters. 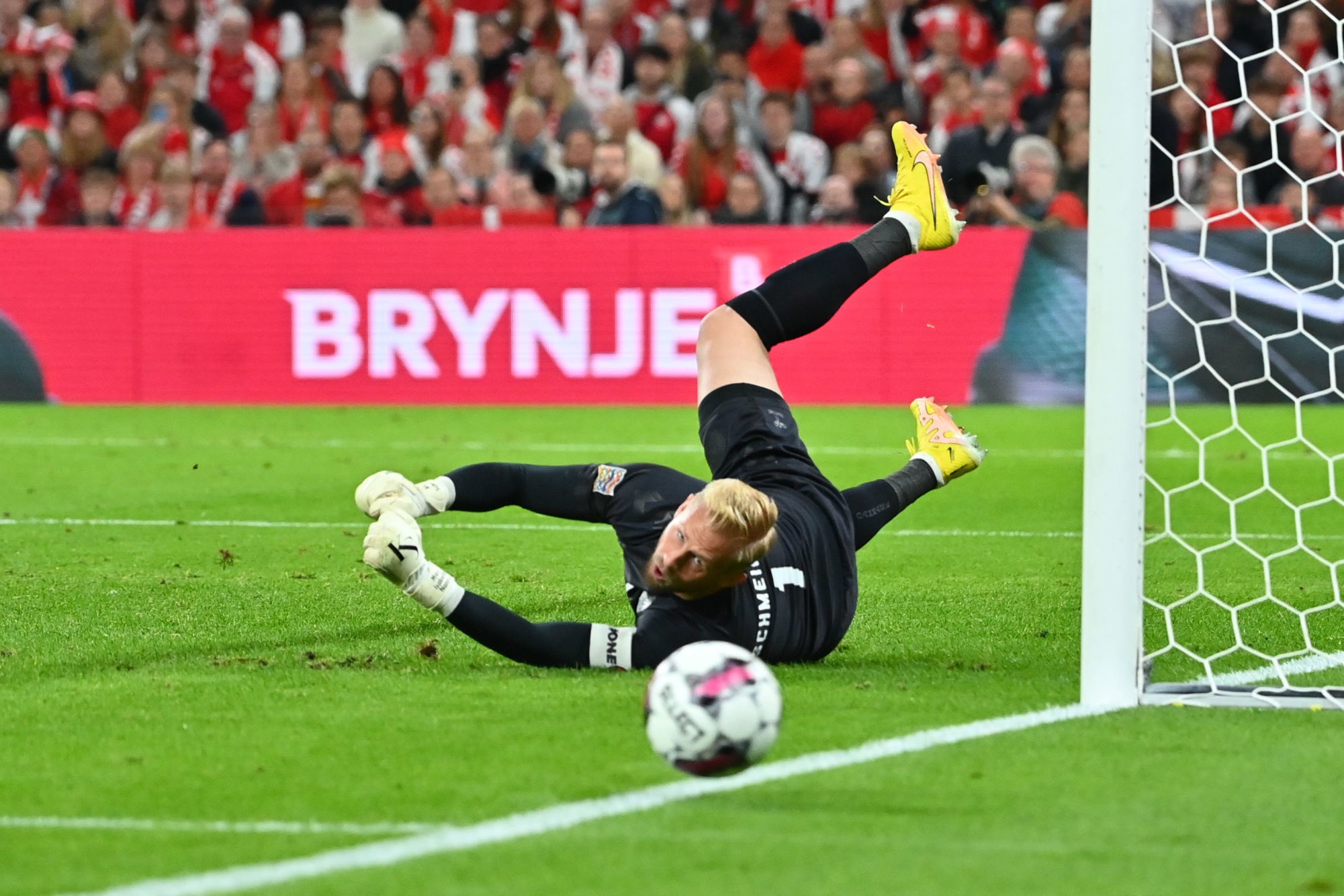 With the three points secured, the Danes climb to second place in Group 1 of League A. Next up for the Reds will be Qatar for the World Cup, where they will face France in the group stage, after kicking off their campaign against Tunisia.

On Monday, several Nice youngsters could represent their countries. Khephren Thuram and Sofiane Diop are with the France U21s in Valenciennes to face Belgium. In the same age group, Mattia Viti and Italy will host Japan in Castel di Sangro.

In Serbia, Badredine Bouanani and the France U19s will play their third match in a friendly tournament, against the home side after losing against Portugal (0-2) and beating Finland (2-0).