Maccabi Tel Aviv and Aris Thessaloniki: who are they?

Le Gym will face either Maccabi Tel Aviv or Aris Thessaloniki in the play-off round of the UEFA Europa Conference League, with the first leg taking place in either Israel or Greece on 18th August and the second leg at the Allianz Riviera on 25th August. Let’s begin to find out just who Les Aiglons’ potential opponents are.

Maccabi Tel Aviv, Israeli football’s flagship club with 24 league titles and 24 State Cups, ended the 2021-22 season in third place in both the regular season and the championship round of the Israeli Premier League, which was won by Maccabi Haifa.

Their league position sent them into the second qualifying round of the Conference League, a competition that they featured in the inaugural edition of, where they were knocked out by PSV Eindhoven back in February. 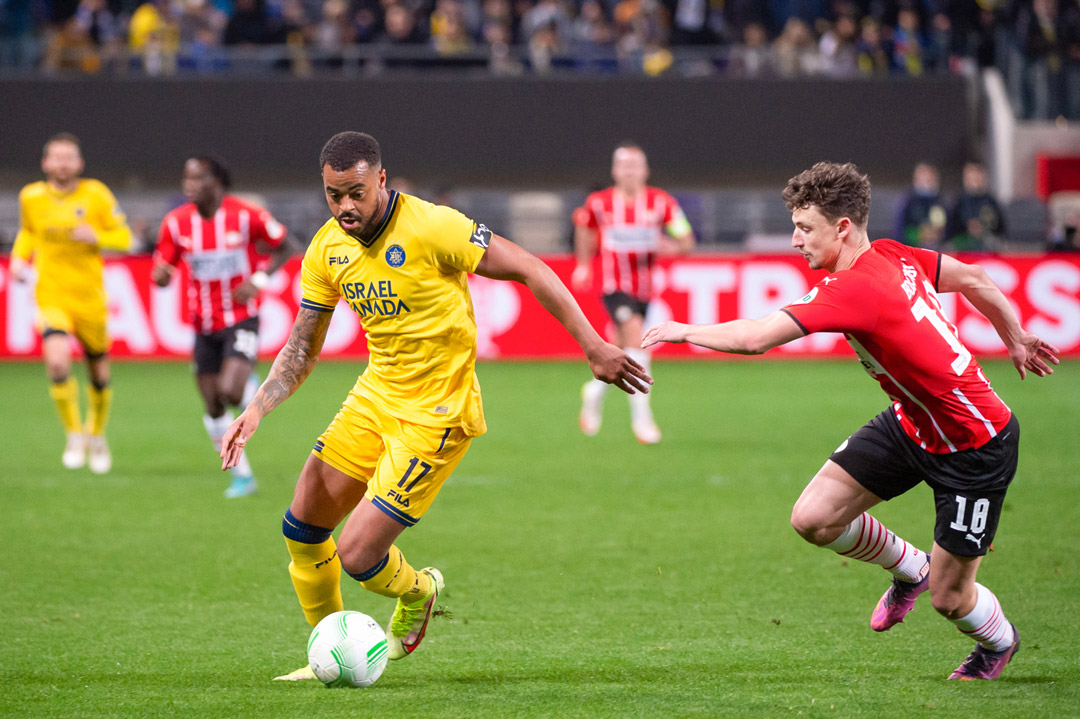 This summer, Maccabi beat Zira FK of Azerbaijan in the second qualifying round, triumphing 3-0 in the first leg and getting the job done with a 0-0 draw in the second leg.

The first team is managed by Vladimir Ivić and plays in the cauldron that is Bloomfield Stadium, a ground with a capacity of around 30,000. 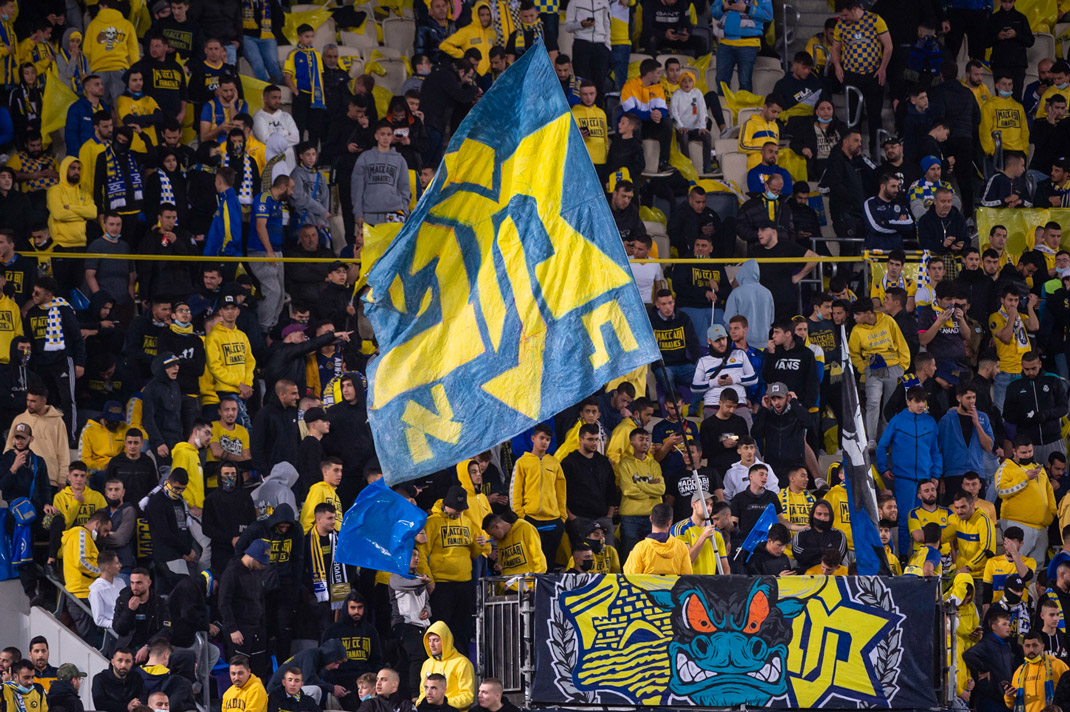 A popular club founded in 1914, Aris Thessaloniki finished fourth in last season’s Super League Greece or, to be more precise, fourth in the regular season and third in the play-off round.

Under the orders of the iconic Germán Burgos, who was previously Diego Simeone’s assistant at Atlético Madrid, Aris are once again in the spotlight on the national stage. In fact, their squad includes several familiar faces, led by Ivorian international Gervinho (see cover photo). 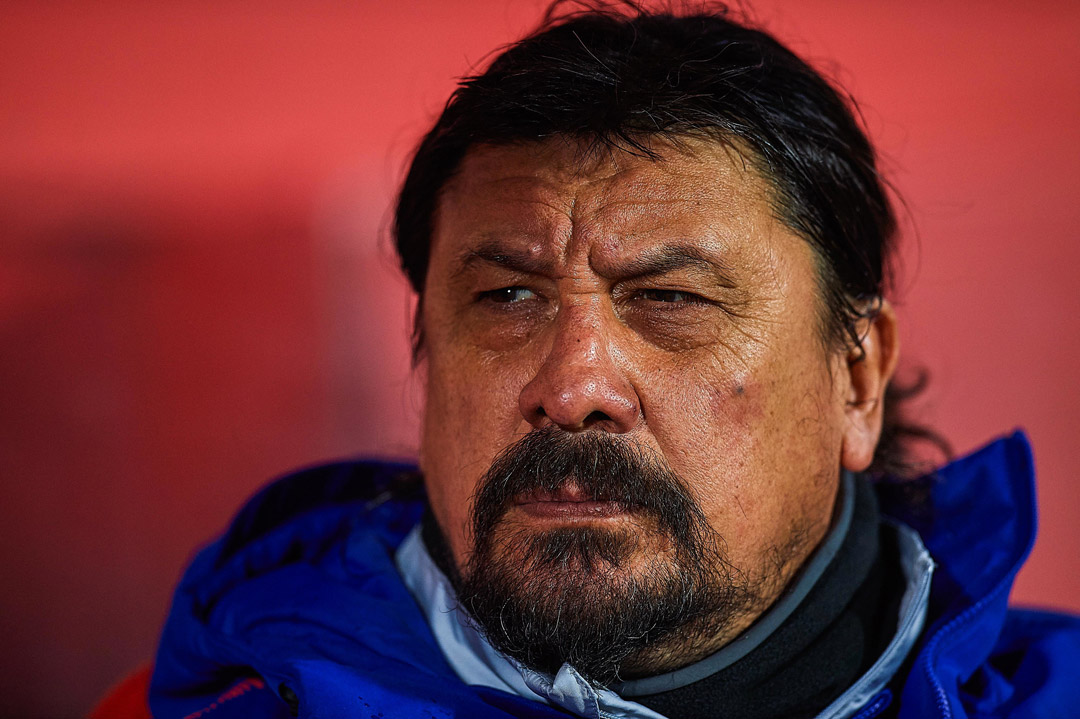 After thrashing Belarus’s FC Gomel 7-2 on aggregate in the Conference League’s second qualifying round (5-1 in the first leg, 2-1 in the second leg), Aris, who share a fierce rivalry with PAOK, will get their league campaign underway on 21st August against Levadiakos.

Aris also play in front of a passionate crowd, at the 22,800-seater Kleanthis Vikelidis Stadium. 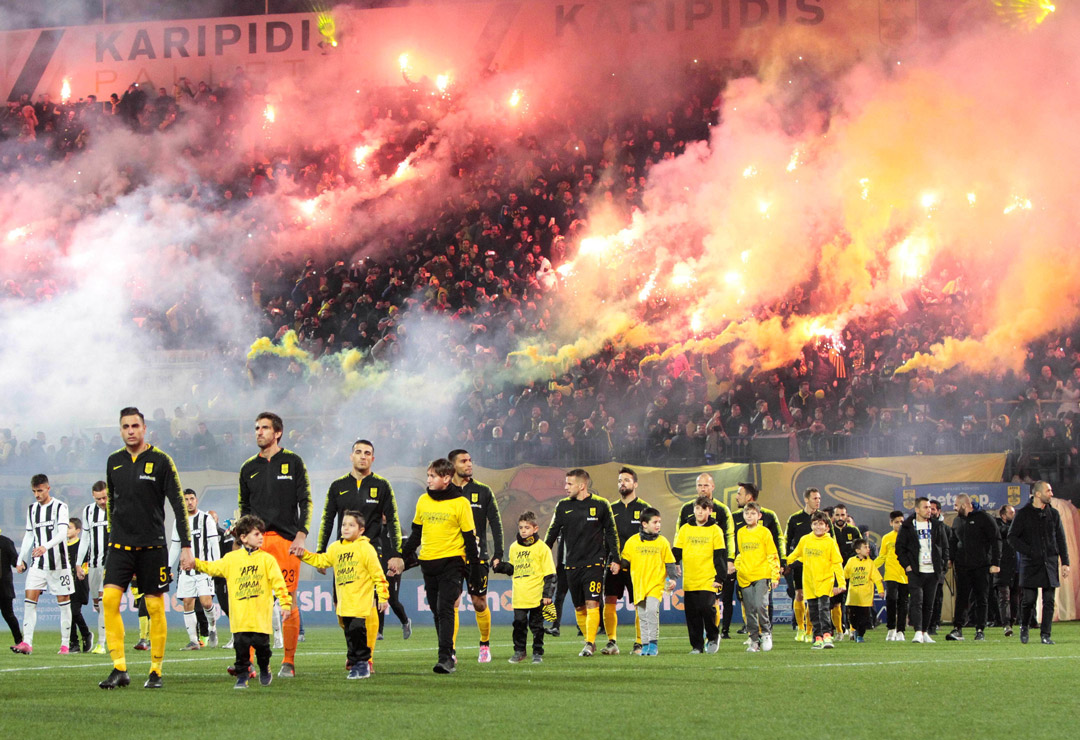