Young Aiglon Tournament, smiles are back

The first day of the Young Aiglon Tournament, this Saturday, at the Plaine du Var Complex, allowed four U11 amateur teams to join the national competition. Above all, it offered great moments of football and togetherness, three years after the last edition.

"It's two days of pleasure and competition, it's a treat. This atmosphere has been sorely missed", says Deniz Ondeyer, the U11-1 OGC Nice coach. This Saturday morning, for the launch of the regional U11 qualifying phase of the Young Aiglon Tournament, it's as if everything is back to normal. The tables are there, the chairs too. The pitch is ready and the drinks stand is in place. 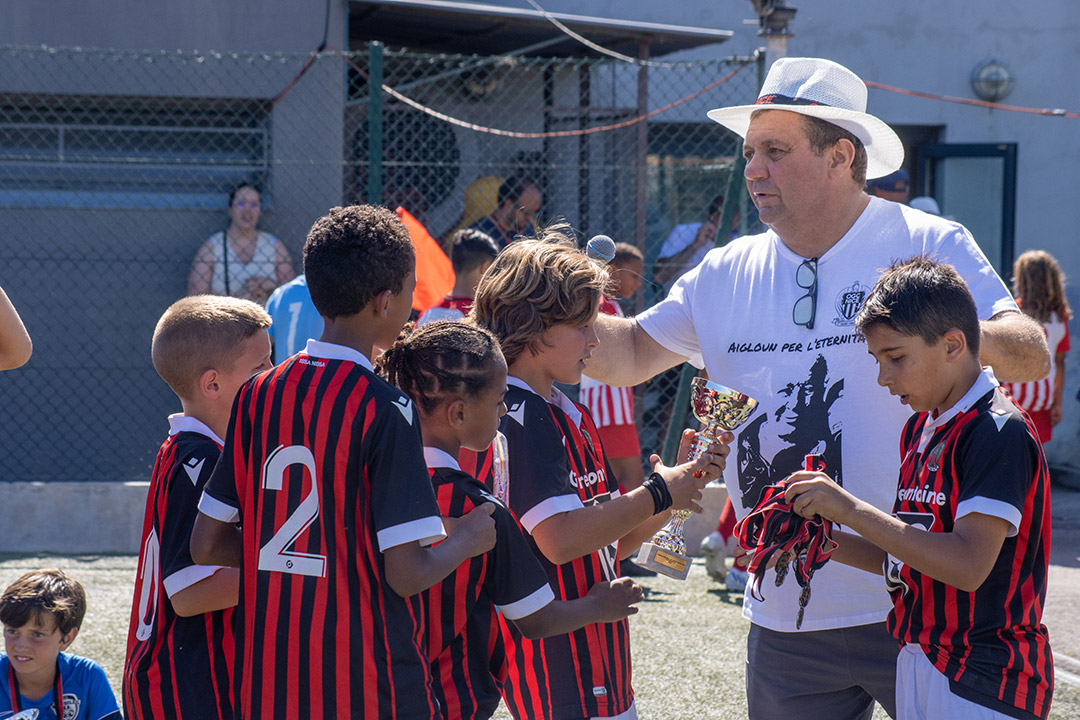 Yes, but nothing will ever be the same again. Dédé Donati is not here to lend a hand to everyone, give advice or slap the baieta to his many friends. "The tournament is dedicated to him", the coach from Nice pays tribute. Because we have to keep going. Everyone has understood this. Jean-Luc Donati, his son, is on the microphone, making announcements to sell tickets for drinks, food and raffles. The members of the association are keeping the tournament going just like it used to. And the kids love it. 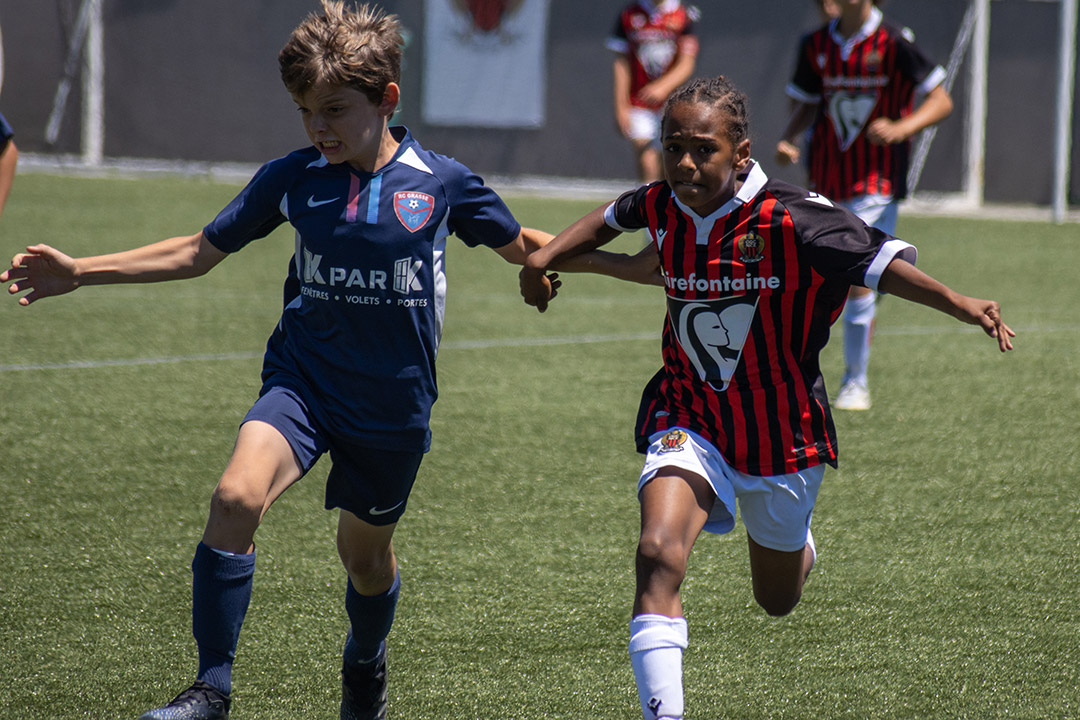 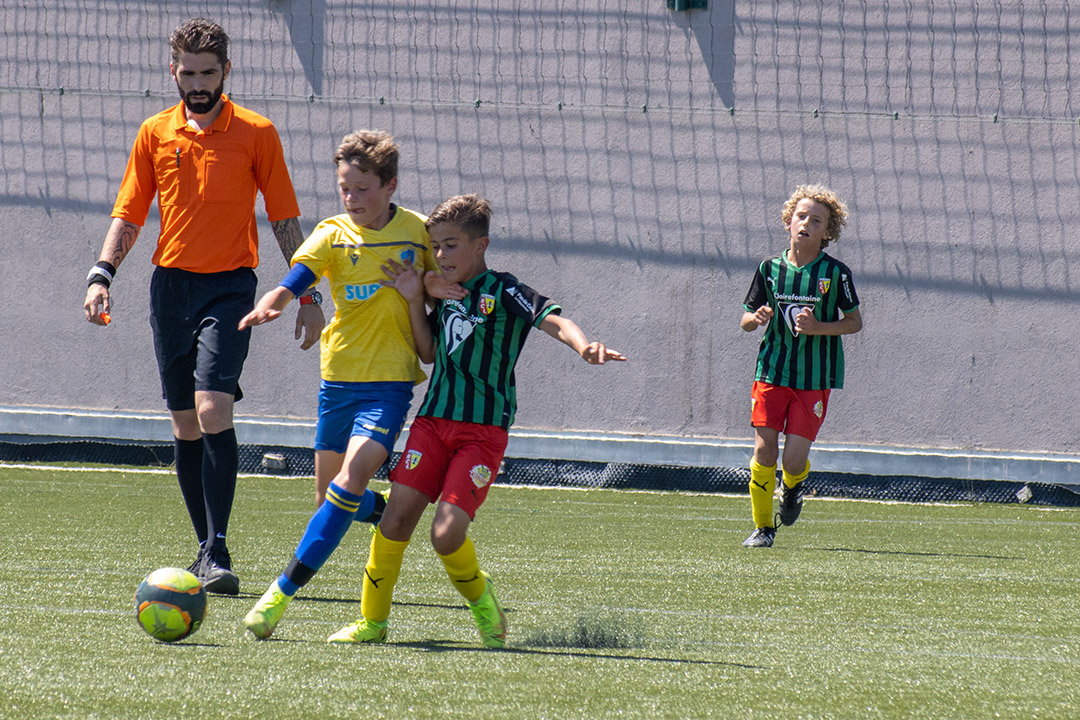 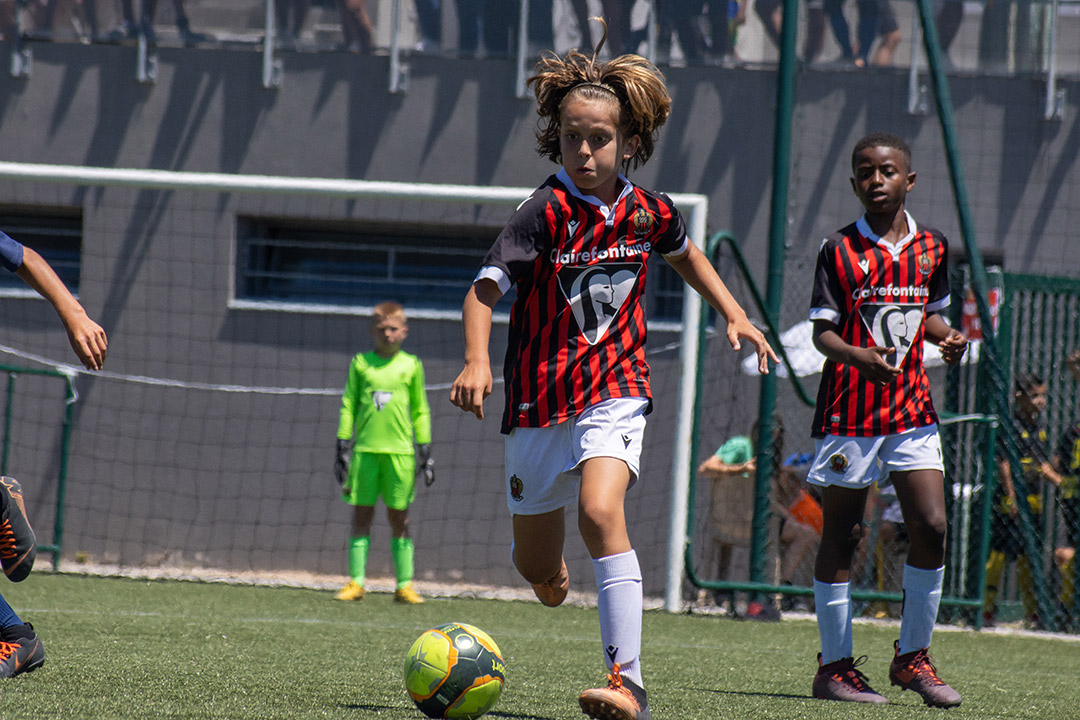 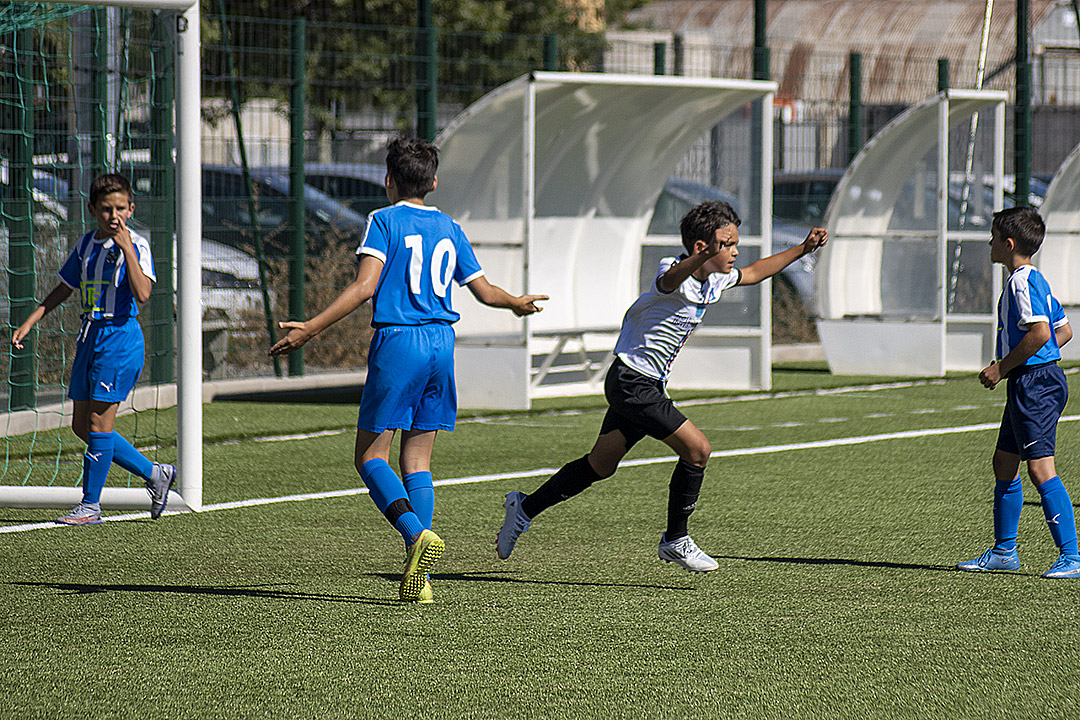 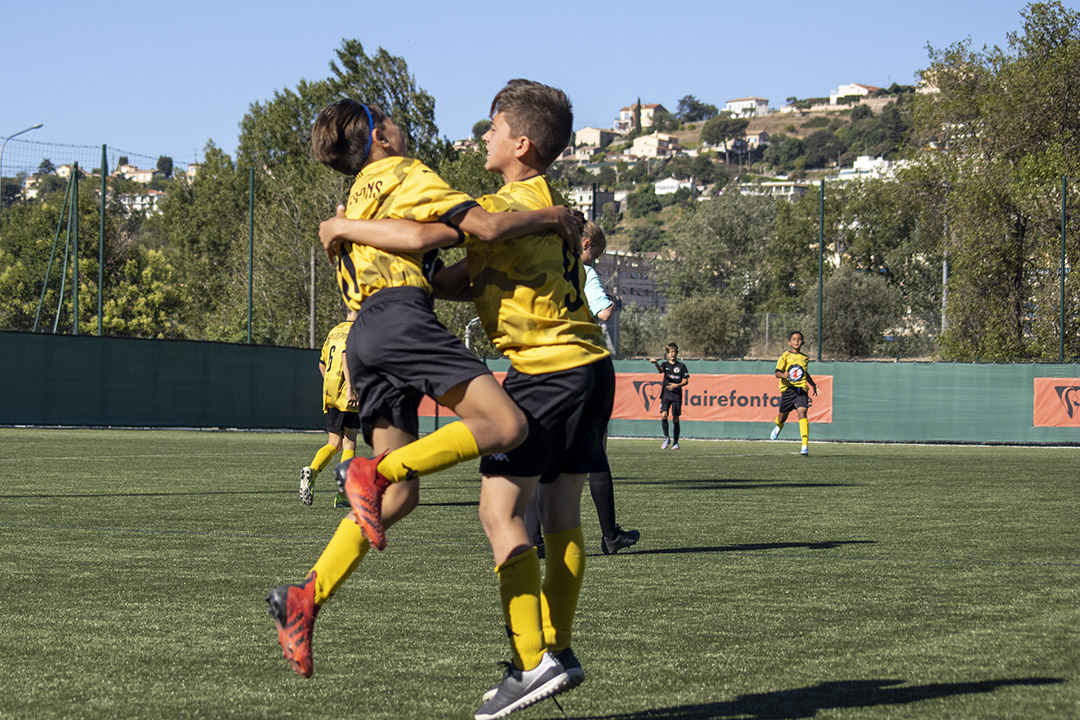 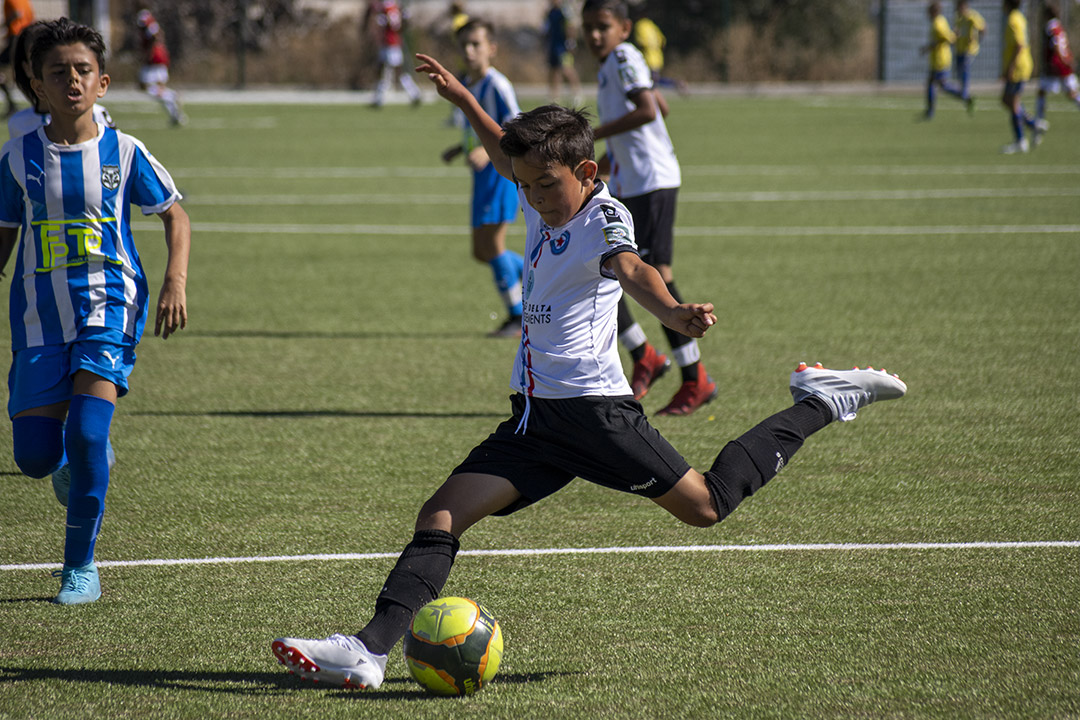 Because that is the most important thing, the smile of these U11 boys and girls of 16 amateur clubs from the Alpes-Maritimes and the Var. "It's a pleasure to be back at this event, it's a very good tournament, a great line-up", says Mathias Maurin, from AS Fontonne. "For the amateur teams, it's great, because it gives them the opportunity to measure themselves against the best French clubs. It's very well organised and it's a treat to come back." The Antibes born U11 coach is delighted. He is back to his childhood competition, having been a finalist with the Gym against Caen a few years ago. 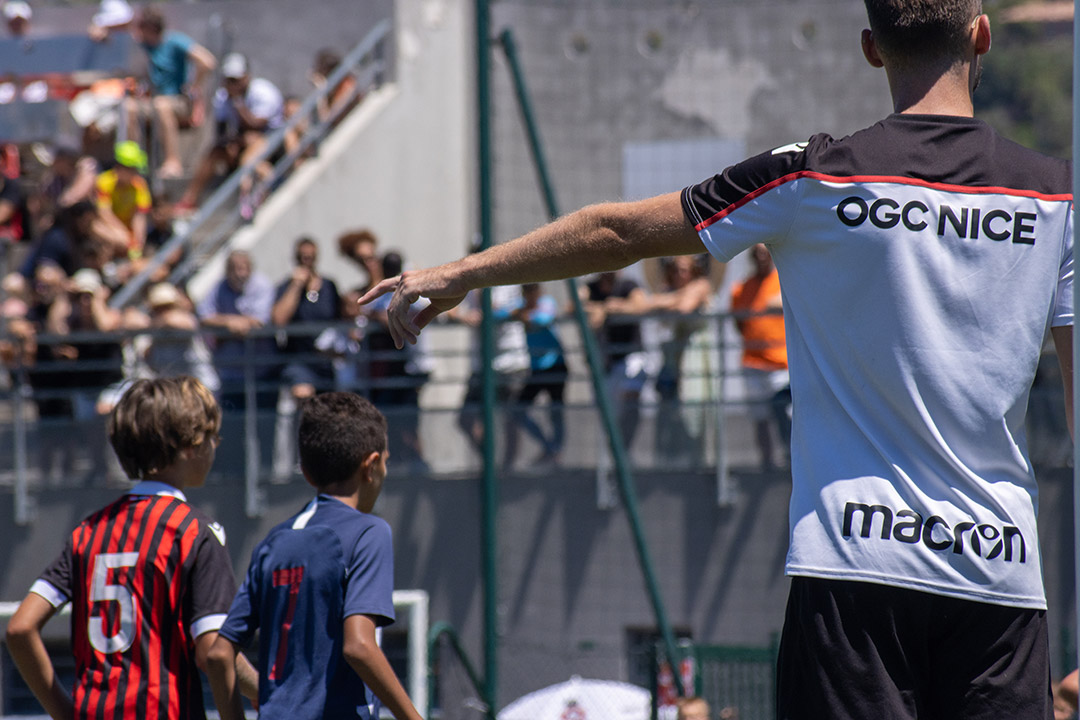 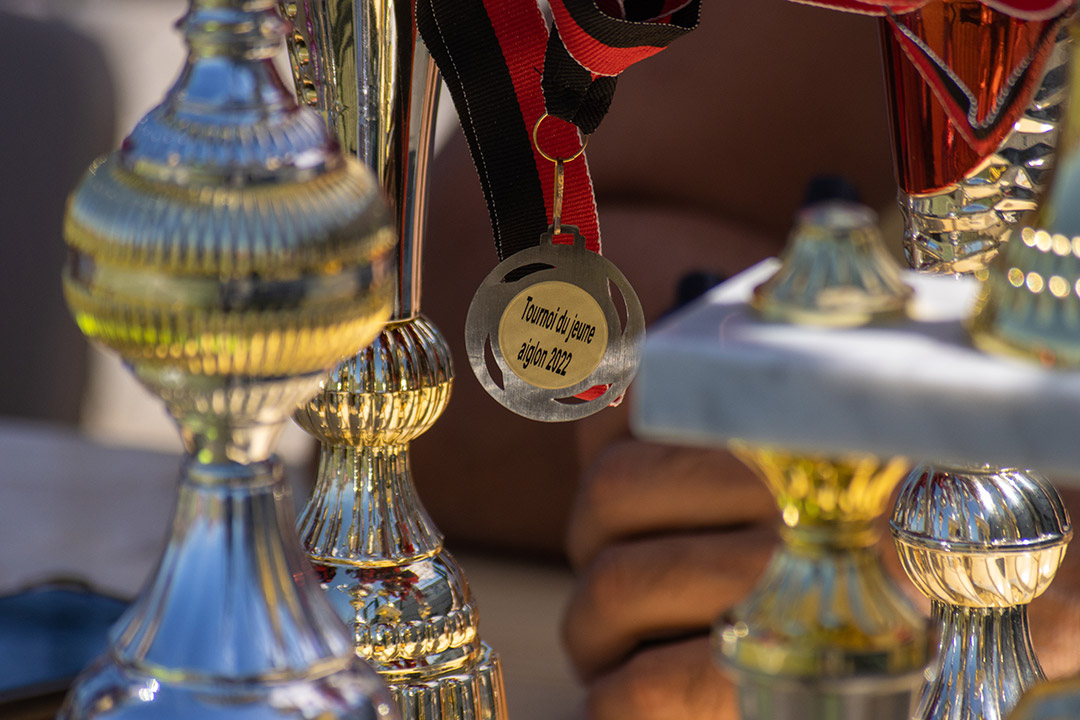 On the synthetic pitch, passes are weighted and shots are taken. The level is high. It must be said that the stakes are high. The four winners of the regional pools qualify for the afternoon session with the professional clubs. Gardia Club, AS Cannes, US Valbonne Sophia-Antipolis and Etoile Fréjus Saint-Raphaël all booked their places. They won their ticket and can eat with a clear head. For the others, a new battle begins. Under the heat of the Plaine du Var, the second part of the day provides the final standings of the regional tournament, and victory for Villefranche Saint-Jean Beaulieu FC offers visibility to the teams involved in the national table.

The appeal is also there. On the pitch, as well as off it, PSG, the two-time title holder, and the 11 other professional teams attract all eyes. Among them, Lausanne Sport, who obtained one victory and one defeat in this first phase of the competition. 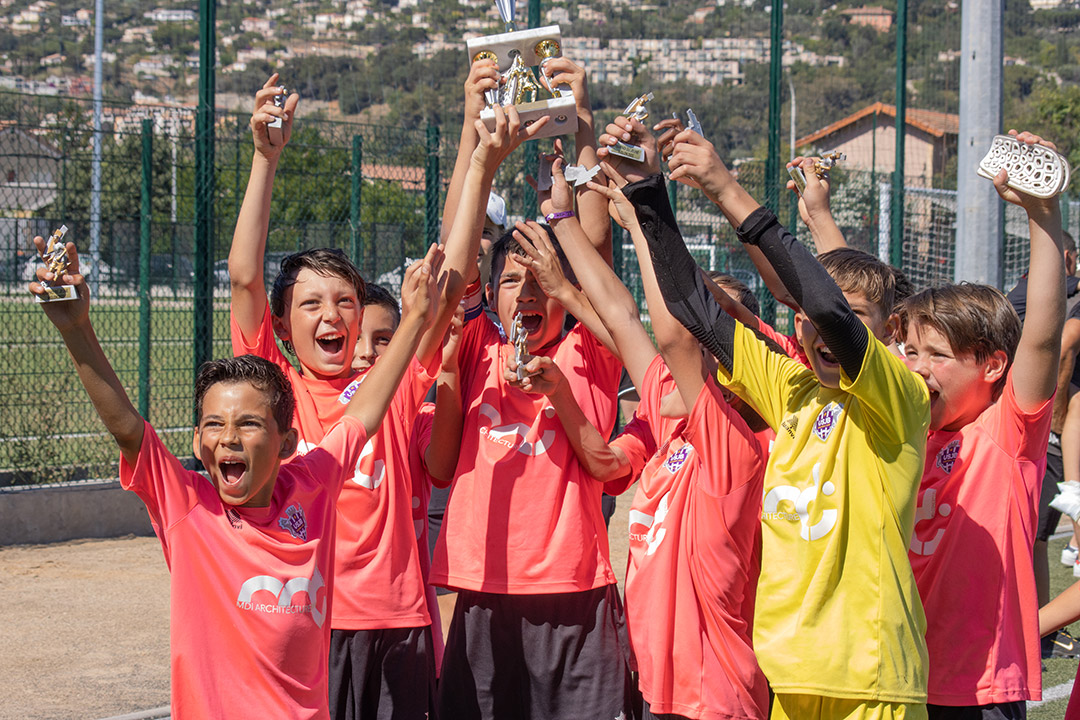 This Sunday, the continuation of the national U11 tournament and the regional U9 tournament will offer more entertainment until the final at 17:15. When the music and the atmosphere will ignite the stadium. Yes, the Young Aiglon Tournament is back! 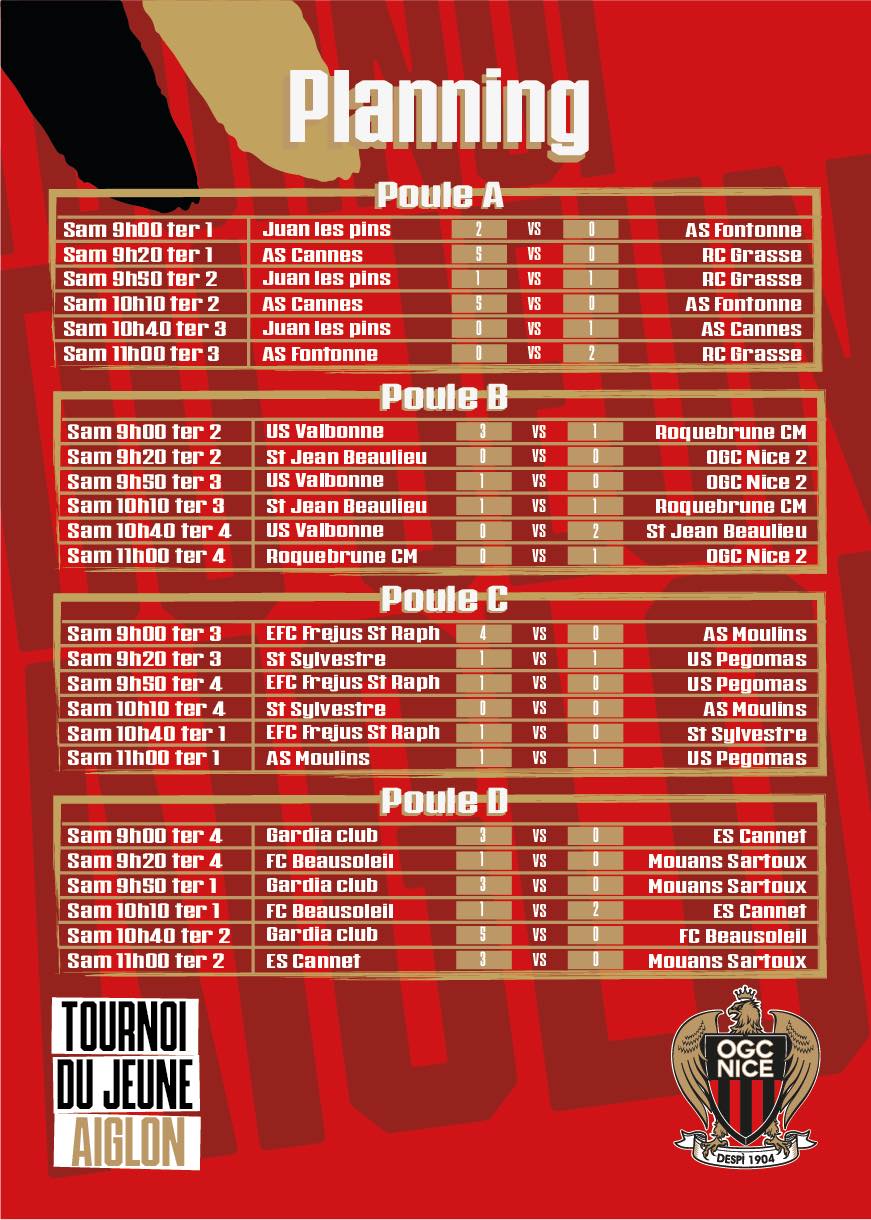 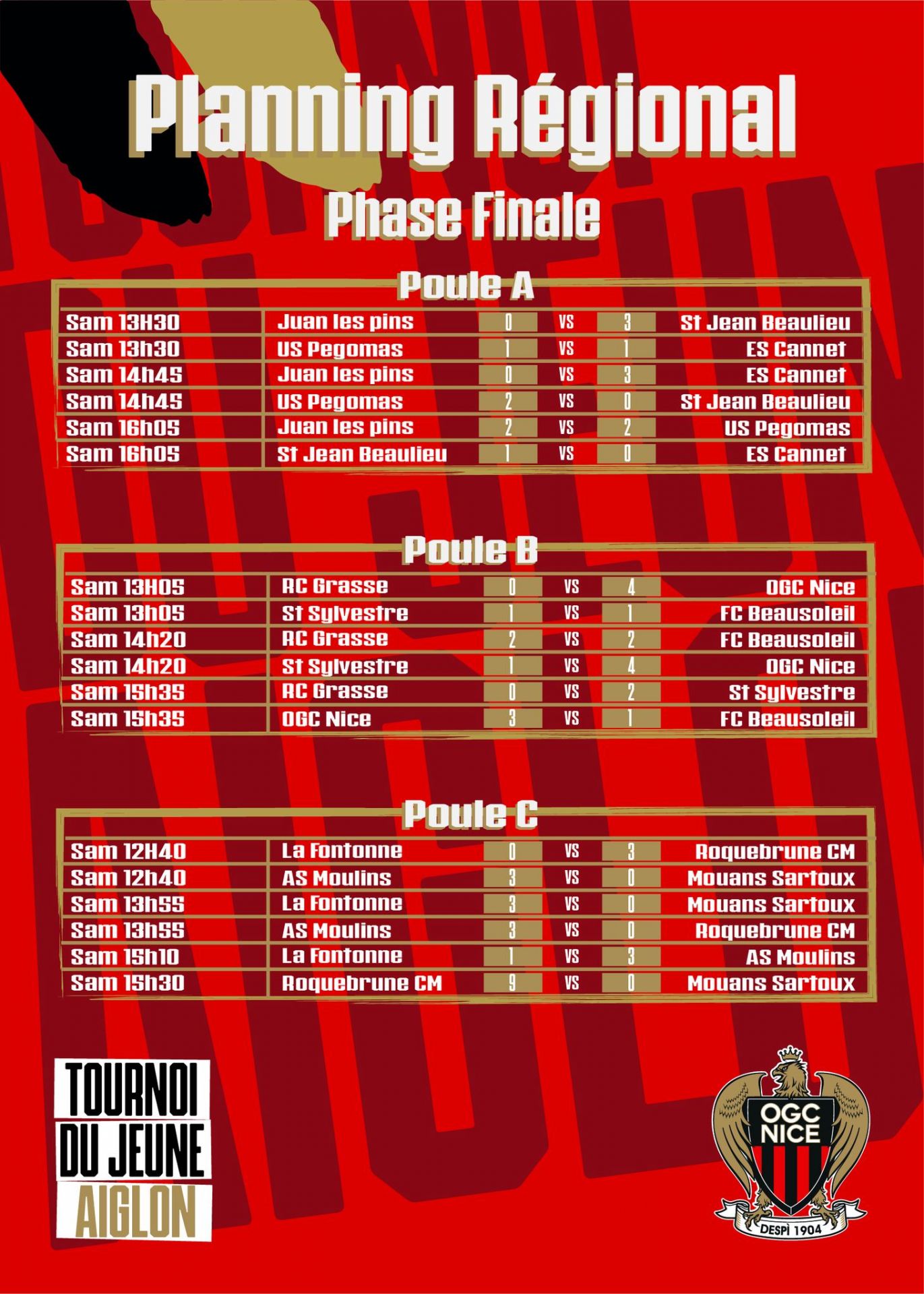 Throughout the weekend, follow the news of the Young Aiglon tournament on the OGC Nice Football School facebook page.