In their fifth encounter of pre-season, OGC Nice lost in Imst against Union Berlin (0-2). With Les Aiglons boosted by the returns of Dante and Hicham Boudaoui, both of whom were picked by Christophe Galtier in his starting eleven, they brought their pre-season training camp to a close and will return to Nice this evening.

It was in Imst that OGC Nice ended their 10 days away from Nice on Saturday afternoon. At the end of their training camp, Les Aiglons faced Union Berlin. Against the side who finished in 7th place in last year's Bundesliga, Dante and Hicham Boudaoui made their first appearances of the summer. 265 days after his injury against Angers, the Brazilian was back on the pitch and got a taste of match football, with the armband proudly worn. Despite several excellent chances and having the bulk of possession in the first half, Le Gym, who were set-up in a 4-4-2, lacked ruthlessness in the final pass and then dropped off in the second period. Union Berlin found the back of the net in both halves and took home a deserved victory.

In the first half, the teams cancelled each other out for the bulk of the half. With their first chance of the match, Union and Suleiman Abdullahi saw Walter Benitez turn an effort onto his post (2’). The team from Berlin were a lot luckier ten minutes later when Hicham Boudaoui deflected Rani Khedira's shot into the back of Walter Benitez's goal (15’, 1-0).

Trailing, Le Gym didn't give up and continued to attack in the way they had done before the goal, Amine Gouiri's effort on goal epitomising those intentions (5’). A well-organised Nice side proceeded to press high to win the ball back high up the pitch. Found by Gouiri, Dan Ndoye struck powerfully but was denied by Andreas Luthe (29’) before Calvin Stengs only just missed the target with a shot (32’).

In the second half, the early stages were dominated by the German side, with Dante and Boudaoui being replaced by Flavius Daniliuc and Justin Smith. Union quickly found the back of the net again to punish Les Aiglons. After Youcef Atal gave a free-kick away out wide, Robin Knoche rose the highest and headed home powerfully to double the lead (2-0, 53’). With the lead in the bag, the side from Berlin took control of the ball. And as Les Aiglons' pressing becoming less effective, the intensity of the encounter dropped off. Until the 70th minute when Le Gym got their heads out of the water again and set themselves up higher up the pitch. Powerfully, Gouiri went close, but just missed out (70'). At the start of the final quarter of an hour, the average age of the Rouge et Noir's side plummeted when Christophe Galtier sent on the young guard, with six changes across the pitch.

OGC Nice will take part in a final test of pre-season next Saturday 31 July (20:30) at the Allianz Riviera against AC Milan in an encounter that will see the return of the season-ticket holders, who are the guests of the club for the gala match.

The match in photos: 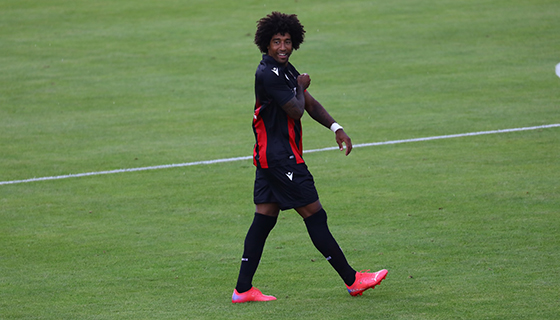 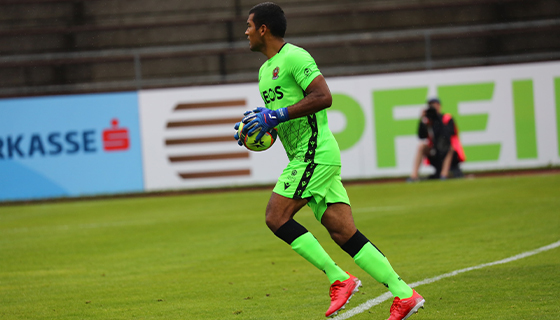 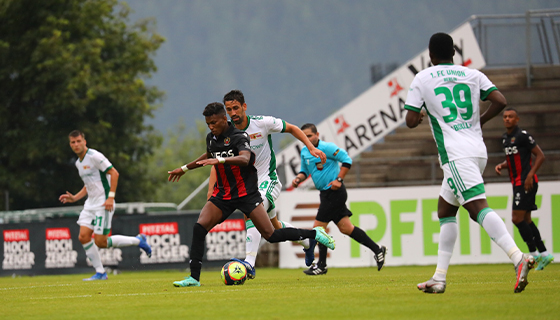 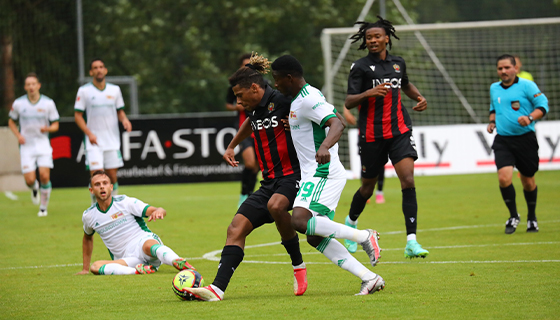