In Meyrin, Switzerland, and in front of 500 fans, OGC Nice got their first win of the summer against Dynamo Kiev (2-1). In their fourth preparatory match, the Gym were initially behind, against the run of play, before fighting back. Dan Ndoye and Alexis Trouillet scored to give the Rouge et Noir the victory.

OGC Nice faced Dynamo Kiev on Saturday in Meyrin in their fourth warm-up match. After the game against Bastia (1-0), Christophe Galtier started with an experienced team against the Ukrainian capital club. While the Nice team regained the support of its supporters, who were present in the stands, the match was also an opportunity to see Calvin Stengs in the Rouge et Noir for the first time.

Facing a team undefeated in their 6 friendly matches this the summer, the Gym missed chances in a first half in which they showed a lot of desire. The Dutchman was very free in midfield and took advantage of his technical ability to control the game on the flanks where Hassane Kamara and Youcef Atal were prominent. Relaxed and attack-minded, the Aiglons looked exciting in the Swiss sunshine. Against the reigning Ukrainian champions, it was the Rouge et Noir who were the most dangerous.

But, despite having a stranglehold on the ball and the best chances, the Aiglons were first to concede. From an unlucky free-kick decision, Kiev grabbed the opener. Ilia Shkurin headed home from close range (0-1, 38'). The game went against the run of play and Mircea Lucescu's men went back into the locker room ahead thanks to a save from goalkeeper Denis Boyko from a Gouiri shot (41').

In the second half, the game slowed down due to the numerous changes made by both sides. The match lost momentum as Da Cunha created a situation after a nicely orchestrated move initiated by Thuram (53'), but this time Gym let their opponents control the ball. And just like in the first half, the Aiglons attacked at every opportunity. But this time with success. Dan Ndoye skilfully fired home an unstoppable strike (1-1, 70'). The Swiss player rewarded the side from the Côte d'Azur's good intentions, illustrated by his activity up front. Higher up the field and with confidence, Nice didn’t stop there. A free-kick from Paul Wade was met by Alexis Trouillet in the area. With a precise effort, he gave his team the lead (2-1). Despite the heavy legs, the Aiglons were solid in the final few minutes and did not give up, securing their first win of the summer against the Ukrainian champions. 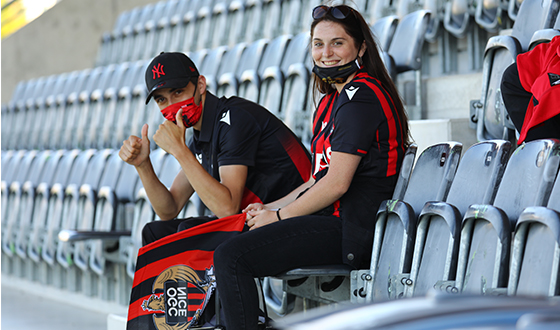 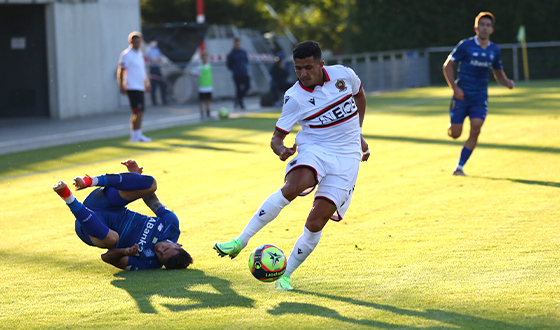 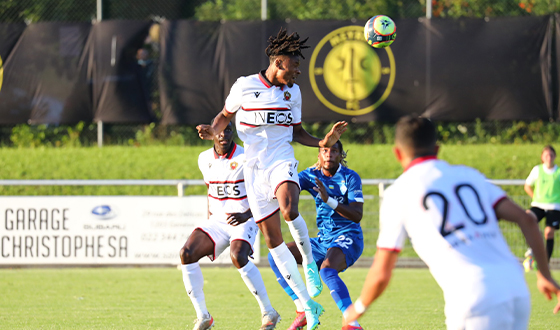 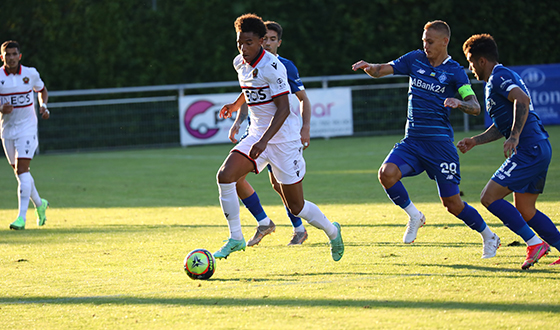 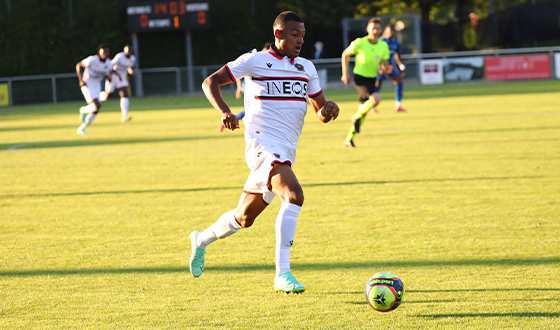 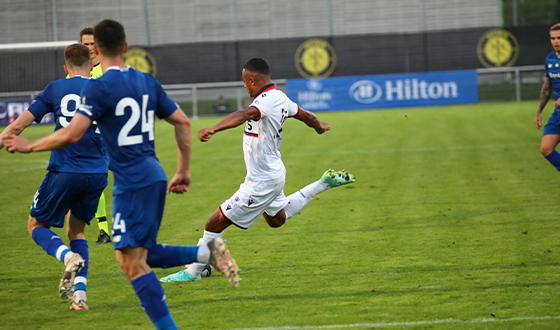 The highlights of Nice 2-1 Dynamo Kiev

The highlights of Nice 2-1 Dynamo Kiev