Nice concede after the break (0-3)

In their second pre-season friendly of the summer, OGC Nice faced Lausanne-Sport on Saturday morning. At the end of a match that allowed Christophe Galtier the opportunity to give game-time to the vast majority of his squad, Les Aiglons fell to defeat in the second half (0-3, a brace for Trazié and a goal for Amdouni).

One week after kicking off their pre-season against Rodez (1-1), OGC Nice were back in action against Lausanne on Saturday morning to continue their preparation for the new season. At kick-off, Christophe Galtier made several changes to the starting 11 that began the match against Les Ruthénois. Jean-Clair Todibo, Flavius Daniliuc and Amine Gouiri all made their first appearances of the summer.

With their season starting on 24 July, Lausanne-Sport, are further advanced in their preparation than Le Gym, with this being their fourth match of the summer. After an early shot on target from Amine Gouiri (5’), the Swiss side took control of the ball and created several chances from distance. From the opposition’s best chance, Walter Benitez got down well to turn away Zeki Amdouni’s strike (17’). In the minutes that followed, Mory Diaw played in Tom Louchet, who started on the left of Nice’s 4-4-2.

In the second half, Christophe Galtier reshuffled his team. Hassane Kamara re-took his place on the left of the Nice defence for the first time this summer. LS  continued to dominate, assisted by their ball retention and strong pressing game. At the end of a smart move, the Swiss finally found the back of the net. After some link-up play in the Nice box, Zeki Amdouni beat Teddy Boulhendi with a strike that was deflected by Robson Bambu (0-1, 53’). A few moments later, the club from the Super League doubled their lead thanks to Thomas Trazié. After a period of high pressing, the midfielder intercepted and got his second goal of the match (0-2, 56’). After the hour-mark, the rhythm dropped off and the fresher side of the two scored a third goal through Trazié after another interception high up the pitch (0-3, 76’).

This week, Christophe Galtier’s squad will head to Divonne-les-Bains. On the menu for the trip, three friendlies, including a first against Bastia on Friday 16 July (6pm). 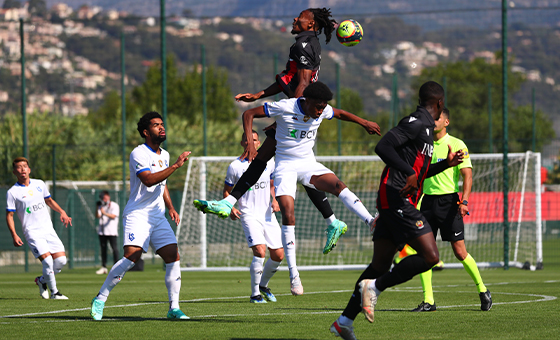 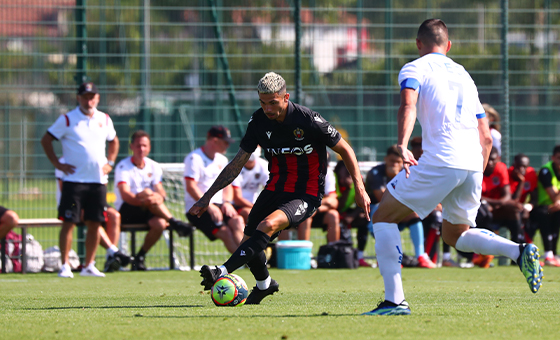 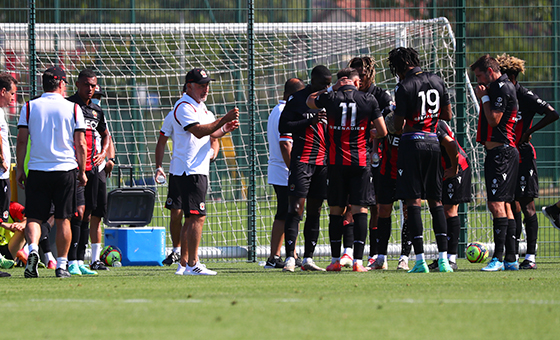